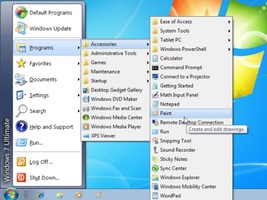 Classic Shell is a freeware, formerly open-source software for Microsoft Windows that restores several usability-oriented Windows user interface features, File Explorer features and Internet Explorer features which have been removed by Microsoft. The project began in 2009; since then the software has been downloaded more than 25 million times. The distinguishing feature of Classic Shell is that it is customizable and restores the familiarity of past Microsoft Windows versions. Classic Shell does not replace the Windows shell, hosted by Explorer.exe, but complements it.